Dying for a cause, but of a very different sort

I keep thinking about my son. He’s nearing the age of some of the youngest terrorists making headlines in our world today. I think of the parents of those terrorists. Some of them are asking their child to strap a bomb to his torso and blow himself up. For a cause. For a mission they believe is worth dying for.

But the cause they believe in, which results in the death of their son, brings mayhem and terror and death to others. The son chooses to die in order to bring death to people he hates because he believes that those people hate his cause.

And then, my thoughts turn to another parent. One of a very different sort.

This father also asked his son to die on a mission. This son also said yes, and then died. When this son died, though, he did so not from a suicide bomb, but rather from slow and painful asphyxiation caused by hours on a Roman cross.

And when he died, his death didn’t bring mayhem, or terror, or death to others. His death, instead, brought life. On his mission, he accomplished life for the very ones who were the cause of his death. And this: he chose to die out of love, not hate. He chose his own death for people who actually do hate both him and his cause. 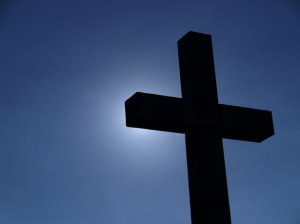 Hear the vast difference in those words: This father asked his son not only to go on a mission where he would give his life in exchange for the life of those who hated him, but the son’s death was chosen out of love for the very ones (you and me) who really do hate him. Life and love. Not death and hate. Life and love accomplished through, not a suicide mission, but a sacrificial mission.

And grasp this almost ungraspable difference: Jesus chose to die, not to kill us because he believed we hated him. But to save us.

Because he knew we hated him.

At the very moment when we hated him, and hated his cause, the father chose to show us his great love by sending his son to die. For us. Not against us. When I think on these things, I feel washed clean in the beauty of the true gospel. Love and amazement awaken within me. I love the Father. I love Jesus. I love the Holy Spirit. And I love the plan.

When I think of how God loves the world, I marvel.

For this is how God loved the world: He gave his one and only Son, so that everyone who believes in him will not perish but have eternal life.

I'm a wife, mom to three beautiful children, and work as children's ministry director at Redeemer PCA in Athens, GA, a place our family treasures as our church home. It's been thirty years since the Lord saved me, and to this day I'm astounded at His steadfast love shed upon unfaithful me. My hope would be that I might speak and write in ways God would use to soften hearts toward Him, that we would together be enamored by the glorious beauty of Jesus and awakened to His love unimagined. Thanks so much for reading!
View all posts by Jill →
This entry was posted in Christianity, Faith, God, Jesus and tagged bombing, Christ's death, death, God's love, hate, Jesus' mission, John 3:16, life, love, Paris bombings, Romans 5:7-8, suicide bomber, suicide mission, terrorist. Bookmark the permalink.

2 Responses to Dying for a cause, but of a very different sort